If I were to name the best material for tropical clothing, I would be choosing between cotton, linen or silk, and I would be looking at it from the point of the comfort of wearing it in the heat and aesthetic. But, as I discovered, in the beginning of the last century there were serious debates in the Great Britain on that subject from the prospective of health and hygiene in tropical climates. People were writing serious articles in the Journal of Tropical Medicine arguing pros and cons of those fabrics that I mentioned above plus wool, about which I wouldn’t even think despite the existence of the term “tropical wool” (now I actually know what it means). The best color for tropical clothes was also widely discussed: wearing less heat-absorbing white/light colors was supported by one camp, while the other one advocated the idea of mimicking “black” skin (for the health reasons).

Also, it was interesting to learn that Burberry was producing and advertising clothes for working and traveling in the colonies, and that those weren’t cheap back then either. 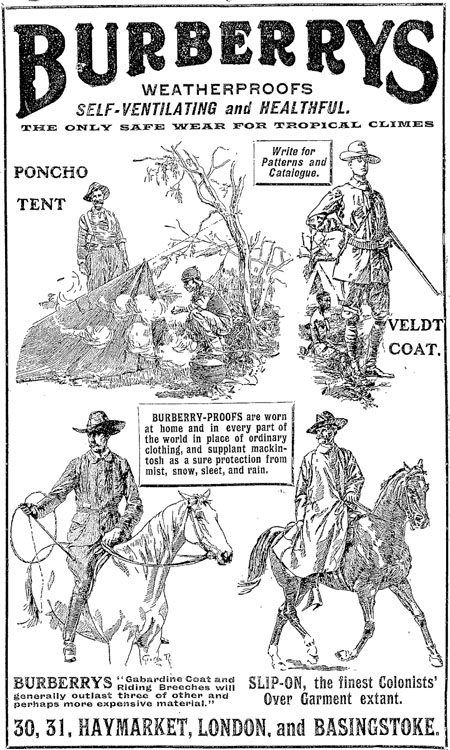 From when I was a child, I knew that skin doesn’t “breathe” in clothes made from synthetic fiber (one of those wisdom that is passed from the older generation and usually isn’t questioned). A couple of years ago I had a chance to actually prove it to myself: as I was using a steamer on the clothes I had with me on a trip, I noticed how great it worked with my wool sweaters and my vSO’s cotton shirts but was completely useless for my blouse made of one of rayon’s variations.

It pains me to see that more and more summer clothes are produced from the synthetic or semi-synthetic materials. I understand that it’s cheaper than natural fabrics but how greedy are those companies that charge $100+ for a “summer” dress made of polyester?!

So why would I bring a black lace with me on my tropical vacation? I wouldn’t have if it hasn’t been … a lipstick. 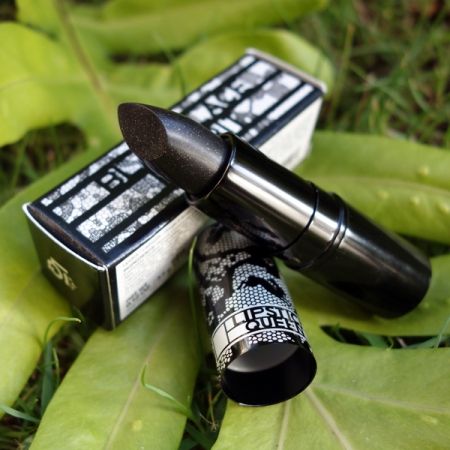 When I read about the upcoming release of Black Lace Rabbit, which was “playing on the idea of “going down a rabbit hole where nothing is what it seems” (a nod to Alice’s Adventures in Wonderland), I immediately felt drawn to it. And since I love Lipstick Queen‘s Hello Sailor (I’m finishing my second lipstick and plan to buy the third one), I ordered Black Lace Rabbit online without trying to find it in a store first.

In a tube Black Lace Rabbit looks solid black with golden flecks but on lips, unlike those cheap Halloween makeup lipsticks, Black Lace Rabbit is just a sheer and slightly shimmering tint – like a veil over the natural lip color. It seemed very appropriate for the tropical evening attire. 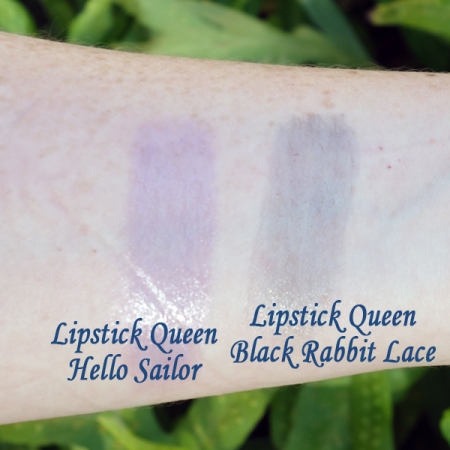 As I was taking pictures of Black Lace Rabbit, a perfectly color-coordinated with my photo session local cat visited our lanai. I think that with his third eye he perceived how much by that time in our vacation I was missing Rusty…

Images: Burberrys’ ad – from the article referenced above; others – my own

20 thoughts on “Black Lace in Tropics”