As a child I spent summers at my grandparents’ house. When I wasn’t playing with my summer friends* or hiding from the heat in the house, I would be reading in the garden’s summerhouse.

As many children do, every year I would re-read some of my favorite books. One of such books was a collection of Polish fairy tales. Fern Flower (Kwiat paproci) by Józef Ignacy Kraszewski was the first story in the book so I probably read it every time before I would get bored and start skipping stories.

It’s a grim story about a young guy who got obsessed with finding a fern flower that, according to Slavic mythology, blooms once a year deep in the forest on the Kupala Night (around Summer solstice) and promises great wealth and granting any wishes to whoever finds it. He attempts it three times. Every year he goes into the forest next to the village where he lives. And every year he doesn’t recognize the forest that he knows well – it is darker and scarier than usually and plays tricks on him: trees are taller, bushes are thicker; he hears strange noises and sees things. Twice he almost gets the illusive flower but it disappeared at the first light of dawn. The third time he succeeds but here comes the fine print: he cannot share his luck with anybody. He abandons his family and leads a life of luxury but it doesn’t bring him joy. He’s torn between keeping his wealth and helping his family but by the time he decides to come back it’s too late: his parents and siblings are dead from the poverty, he wishes to die as well and disappears from the face of the Earth with the flower that all these years was rooted in his heart. Curtains down.

Mysterious forest with pine trees around which you go forever just to see that they are not that huge once you pass them and unexpected deep marshes that disappear once you get through – is what I always imagine when I think of enchanted forest. Nowhere in that mental picture can I find black currant: probably because that berry doesn’t grow in the forest – enchanted or otherwise. Wild strawberry, raspberry – yes, I can easily imagine those but not black currant.

And still Enchanted Forest by Vagabond Prince makes total sense to me: there were three black currant shrubs next to that summerhouse in which I read and re-read Fern Flower year after year. So the smell of black currant leaves (I always liked it) and berries (I wasn’t a big fan of those as a child) somehow weaves in my mind with that fairytale image of an enchanted forest, Kupala Night and magic. 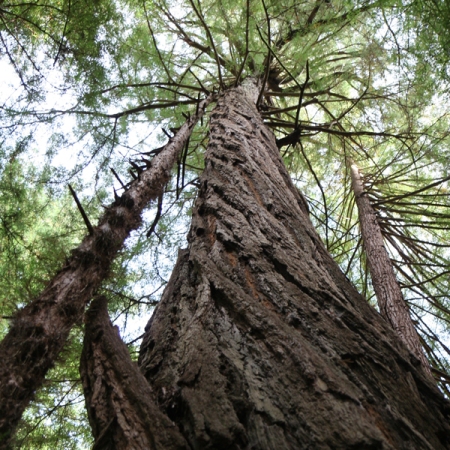 Enchanted Forest created by Bertrand Duchaufour for Vagabond Prince in 2012 includes notes of pink pepper, aldehydes, sweet orange (traces), flower cassis, blackcurrant leaf, hawthorn, effects of rum and wine, rosemary, davana, blackcurrant buds absolute (by LMR from Grasse), CO2 blackcurrant (by Floral Concept from Grasse), Russian coriander seed, honeysuckle, rose, carnation, vetiver, opoponax resinoid, Siam benzoin, amber, oakmoss, fir balsam absolute, Patchouli Purecoeur®, castoreum absolute, cedar notes, vanilla and musk. If you haven’t smelled it yet and want a real review, here Kafka does a great job describing the scent – even though she doesn’t really enjoy it on her skin. Me? I love this perfume! The tartness and juiciness of the black currant and fir opening, the warmth and smokiness of the amber and incense resinous development – I enjoy them immensely. The drydown reminds me of one of my winter rituals – drinking Peet‘s Black Currant black tea with honey. Add to this picture a Christmas tree or pour the tea into a thermos and go to a close-by redwood forest – and you’ll get a perfect gustatory illustration of Enchanted Forest. 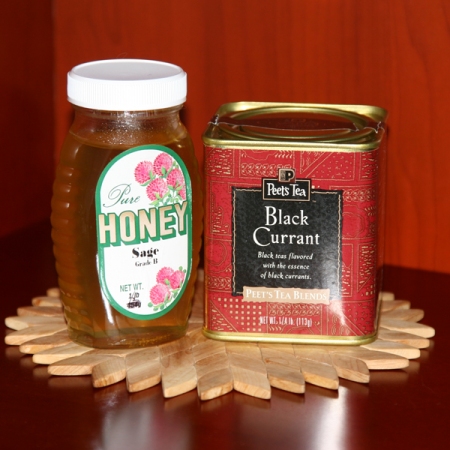 I urge you to try both – the perfume and the tea+honey combination: I think they both are very interesting, unusual and, if it’s your cup of tea (take it figuratively or literally, as you wish), very enjoyable. But even though I like both, I can’t drink that tea all the time and I can’t imagine wearing Enchanted Forest daily.

I used up a couple of free samples I got. I swapped for another sample that I’m using now and I paid for a small decant. I would buy a 30 ml or maybe even a 50 ml bottle of Enchanted Forest in a heartbeat – I like it that much and the bottle itself is quite appealing. But there is no way I’ll buy 100 ml of this perfume. And I still can’t believe that founders of Fragrantica (out of all people!) thought it was a good idea to launch this perfume in a single size – 100 ml.

* I’ve never seen them during the school year since my grandparents lived 8-hours bus ride away from us.

Previous posts in the series In the Search for the Perfect Berry: Strawberries and Blackberry. Also see other posts in the Single Note Exploration category.

Images: book – found somewhere; the rest – my own.

I’ve decided to start this new category – Laughs, Lemmings, Loves, in which I plan to link to those posts from the week that made me laugh, created a sizable group of my internal lemmings or covered perfumes I love. I’ll try to make it a regular Sunday post but I won’t force it if I don’t have time to read most of the week’s posts on my Reading List or do not find in them what I’d like to highlight. 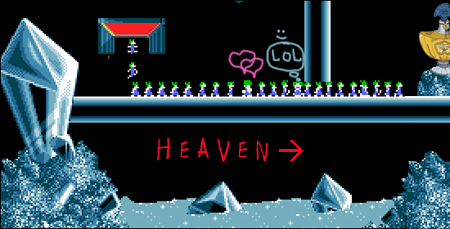 Several blogs joined their efforts to make me anxious with an anticipation of the new perfume in the Amouage Library Collection – Opus VI:

Tarleisio (the Alembicated genie): “… a thick, glorious ribbon of incense weaves around me like a cat on stealthy feet and blooms. There is no other way to describe it and no way to precisely describe its effects except to say that if I owned a fainting couch, I’d need it in 3…2…1…”

Birgit (Olfactoria’s Travels): “I think of a hologram, slowly turning before me in perfect Star-Trek inspired clarity. Every detail in its place and clearly visible, the entire structure perfectly made, beautiful and proportioned, yet there is no weight, heft, heaviness.”

Linda Pilkington (Ormonde Jayne) tells in interview to Fragrantfanatic: “I’m working on something very special that we plan on releasing in July.” I WANT IT!

“As I was tucking my sleepy boy into bed, having just reapplied them, he mumbled with faint surprise in his voice, mom, you smell like … you. By which he means, like one or several perfumes he’s never smelled before in his life. I hope he’ll always remember me that way.” – March (Perfume Posse) concludes her story about Tommi Sooni’s perfumes, one of which is a serious contender for a place on my shrinking “to buy” list.

Natalie (Another Perfume Blog) about Chanel Gardenia“This traditional floral blend is perked up with some clean musk and perched atop a barely noticeable vanilla note. Then dressed in a headband, a cardigan, and a strand of pearls and sent off to a life of repressed aggression and aggressive disinfection in an urban townhome.”

I loved Dionne’s (beauty on the outside) perfume ranking category “Go Straight to Full Bottle, Do Not Buy Decant, Do Not Save $200.” Which she mentioned in her latest post Cuir Ottoman and a Tongue-twister

Mals (Muse in Wooden Shoes): “Chance smells like Light Blue on the Walk of Shame home, with stale smoke and vomit on her clothes: chemical “fresh” topnote, synthetic jasmine, musk underneath, amber gone rancid under that, cleaned-up patchouli screeching away under everything.”

“Heure Exquise doesn’t try too hard. It doesn’t try at all, actually. It’s a very perfumy perfume that offers itself fully and completely. It’s free of irony, doesn’t have even one hipster bone in its body, and doesn’t pretend to be modern” – wrote Gaia (The Non-Blonde) about one of my favorite perfumes.

The draw for samples of my favorite perfumes Amouage Gold and Lancôme Climat is open until 11:59 p.m. PST on Monday, March 12, 2012.

New Saturday Question post on my blog: What Is Your Favorite Linden Perfume?