There is a term “false friend of a translator” – words in two languages that look or sound similar, but differ significantly in meaning (see Wikipedia). These words do not even have to look/sound exactly the same but as long as they somehow “click”, one’s mind does the rest.

My first encounter with this phenomenon was a word “complexion”: it sounds similar to the word in Russian “комплекция” that means “build” (as in “the dimensions or proportions of a person’s or animal’s body”). The next one was even more drastic: English “pathetic” just begs to be used as a translation for Russian “патетический” (“grandiloquent”).

As I’ve discovered, it doesn’t even have to be a foreign-native pair; foreign-foreign works as well. For a while in my mind “Sogni del Mare” was associated with “Song of the See.” I don’t know if for a native speaker (reader?) “sogni” looks anything like “song”, but for my eye it was (and is) close enough – even now when I know that it means “dreams.”

I tried Sogni del Mare (Dreams of the Sea) by Antonia’s Flowers for the first time many years ago from a dab vial that I bought from the brand’s site as a part of a sample set*. I liked it very much and was even considering a bottle purchase (in my regular “think ten times” manner). Then one day I saw Sogni del Mare at Barneys and was about to buy it but decided to spray it first – just to see how I like it in that form.

It was awful! Not just different from how I remembered or less interesting but plainly awful. There were some very unpleasant herbal notes I never smelled in it before… Of course, I didn’t buy it then.

At some point later at home, when I remembered about the incident, I re-tested my old sample: I still liked it. I couldn’t believe it was the same perfume! “Maybe they’ve reformulated it since I got my sample?” – I asked myself and ordered another set of samples. Reformulation wasn’t the case: I still liked Sogni del Mare from the new vial. Then the only explanation I could think of was that Barneys had a turned tester bottle.

A year later, while at Barneys again, I decided to try Sogni del Mare again – with the same result, believe it or not. I was amazed and I couldn’t explain how it could happen (it couldn’t have been the same tester, could it?). But I asked for a sample, which I brought, together with the other two, to my recent Maui vacation. 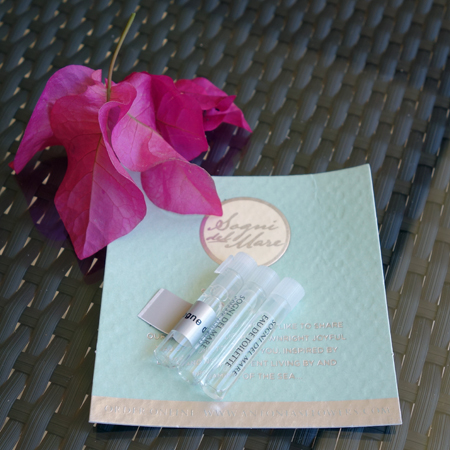 I wasn’t imagining things: the sample from Barneys’ bottle was clearly off. I do not know how exactly they managed to do that, but even remains of my ancient first sample (from 2007!), though slightly changed, smells closer to the newer sample than what I smelled twice at Barneys (a year apart).

Sogni del Mare isn’t a statement perfume: it’s soft, tender and … dreamy. I’m not a big fan of colognes but this perfume’s citrus opening charms me. I do not like rhubarb in any of its uses but it doesn’t bother me here. I love black currant and like lotus note in perfumes but I do not distinguish them in Sogni del Mare. All that said, every time I try Sogni del Mare, I realize that I still like it. The only reason I haven’t bought it yet is my fear that samples were from the “old batch” while the perfume was reformulated and “what you smell [at Barneys] is what you get.” But maybe I should still risk it?..

I’m not sure I have a notion about how exactly dreams of the sea might smell, but if you would tell me they smell like Sogni del Mare, I would say: I don’t see why not… 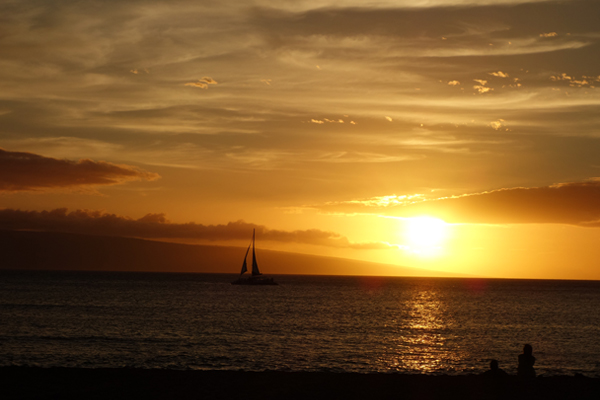 * It looks like the sample set is still offered from the brand’s site for a nominal price. They do not ship to Europe but if you’re in the U.S. and haven’t tried their perfumes, you have to!