Three years ago I published the first Single Note Exploration post about fig note in perfumes and learned from comments that it wasn’t actually fig fruit that had a scent reproduced in perfumery but fig twigs and leaves. Since then I assaulted a couple of fig trees and can confirm: those twigs are very fragrant. Did you know the source of the scent?

Recently I learned another fascinating fact about figs. It started as a chat with a co-worker about fruits. I mentioned that I liked to eat figs. She looked at me with disbelief and asked with a faint trace of repulsion:

– You do know that those crunchy things inside are wasp eggs?
– ???
– You know, those seeds inside figs are not just seeds – they are eggs that wasps lay inside figs.

I’d never heard anything about that before so I didn’t believe her and went to consult a trusted source – Internet. What I found enthralled me. If you are familiar with the subject skip a couple of paragraphs – there will be a perfume-related bit in the end. For those who – same as I – somehow missed that and doesn’t want to do a full investigation, here’s a short* version.

A mature female wasp crawls through the opening into a fig where she deposits both her eggs and pollen she picked up from her original host fig. Since on her way in, having to force her way through a very tight opening, she loses her wings and antennae, after completing the mission the wasp dies. Eggs hatch, develop into larvae and then mature. Mature male wasp, which doesn’t have wings, mates with a female wasp and then digs a tunnel out of the fig through which the females escape. Once outside a fig a male wasp dies and a female flies to another tree, where she’ll pollinate another fig on her way in. The cycle repeats. 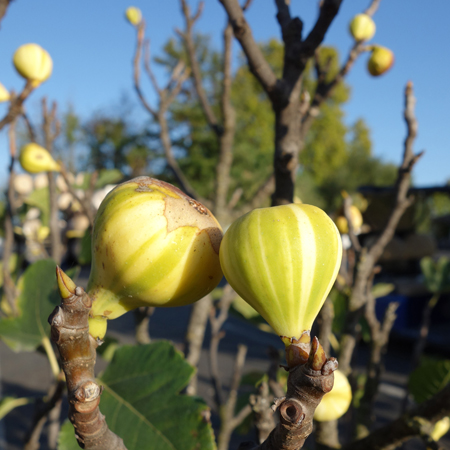 Now, when I know all that, will I stop eating figs? Nope. The only thing that bothers me in all that is that I’ve never heard about it before. Of course, figs weren’t widely available where I grew up but neither was salmon – and still we learned at school about them moving upstream to spawn and die. And we all heard about sexual cannibalism of mantises. But nothing about fig wasps.

Even though from the set of perfumes I tested for the first post I already had two favorite fig perfumes – Fig Tree by Sonoma Scent Studio and Wild Fig & Cassis by Jo Malone, since I like the note, I kept testing fig-centric perfumes and found several worth mentioning.

There are two nice budget choices for those who would like to wear a fig scent a couple of times in summer but doesn’t want to invest much into it: Mediterranean Fig by Pacifica (read Victoria’s (Bois de Jasmin) review here) and Fig Leaf & Sage by Kiehl’s (Ayala (Smelly Blog) reviews it in the post on sage note).

I’m on the fence about Premier Figuier Extrême by L’Artisan Parfumeur. It is a very nice, and said to be the very first, fig-centric perfume. But, like many other perfumes from the brand, it’s not tenacious enough to justify a full price purchase. Luckily, it’s not that hard to find a better deal for it (~$115/100 ml) online. And it’s one of those perfumes 100 ml of which might not be too much: even though it’s marked as eau de parfum concentration it wears as eau de toilette. Since I have a soft spot for interesting bottles, I couldn’t resist a fig-shaped Special Edition bottle. For reviews read: Victoria’s (Bois de Jasmin) post and Portia’s (Australian Perfume Junkies) guest post on Perfume Posse. 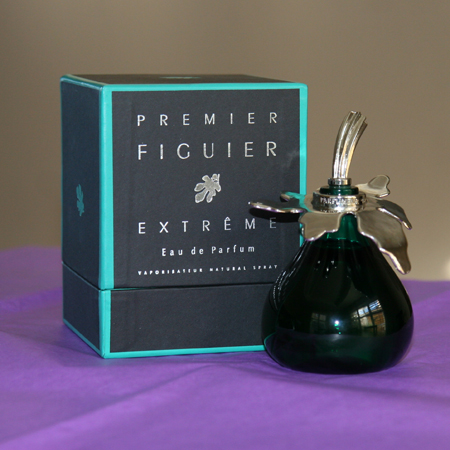 Finally, I did get to test a perfume, lemmings for which were created by a very persuasive review from Gaia (The Non-Blonde) – Figuier Eden by Armani Privé. I like-like-like it! But I’m not paying the price: not because Figuer Eden isn’t good enough but I don’t think there can be any fig perfume that can justify that price.

– Did you know that wasps lay eggs in figs – I asked my vSO when I got home the day of the conversation with my co-worker.
– ???

He didn’t believe me…

* The detailed picture is even more complex and covers fig trees/flowers’ gender, not pollinating wasps and much more. You can start from this Wiki page and then follow links.

45 thoughts on “In the Search for the Perfect Fig, Take 2”