Through my childhood carnation was considered an official flower. Probably because of their resilience and color (red – the color of the 1917 Revolution, the anniversary of which was just a couple of days ago) carnation bouquets were traditionally brought to monuments of political leaders, used in decorating official gatherings and as funeral flowers. People were buying them for personal use as well but they always had a little stigma about them being too official and not personal enough. I remember one patriotic song’s refrain:

I didn’t dislike carnations but wasn’t too fond of them either. Those still were flowers, which meant better than no flowers at all, but not the first… let’s say five choices. 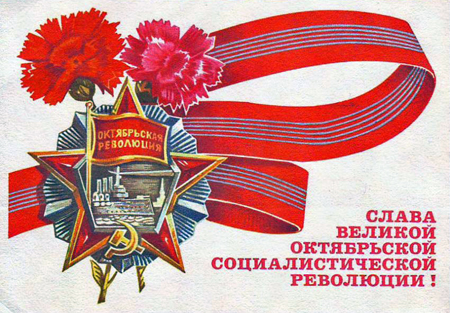 I have to mention also that the art of making real bouquets – as the opposite to just putting several stems in a bunch – didn’t come to the country where I grew up until I was well into my adulthood. Just so that you could feel the depth of it: I got married holding a cellophane cone with a bunch of (extremely expensive!) long-stemmed roses. And that was how it was done back then; it wasn’t some eccentricity on my part.

My perception of carnation had changed on my wedding day. In lieu of flower decorations it was customary for guests to bring flowers as a gift to the bride. There were many bundles of flowers, mostly roses. Some relatives brought me a huge bouquet of white carnations with greenery. It wasn’t done for me. They did it because they were very wealthy and wanted to stand out in the crowd (can you tell how I feel about them?). But regardless of their intentions they impressed me: it was one of the most beautiful bouquets I’d seen by then. And because of the mentioned above natural resilience of carnation that white-green composition well outlived all the roses we hauled home after the celebration. The bouquet below is just an illustration, “my” was three times bigger and even more beautiful. 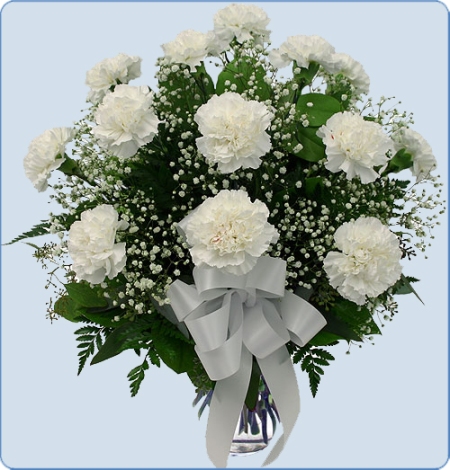 Carnation isn’t the most popular note in perfumes. There are not that many soliflores or carnation-centered perfumes. I wasn’t really looking for the perfect carnation scent but I tested those that came my way.

Vitriol d’oeillet by Serge Lutens – created in 2011 by Christopher Shedrake, notes include clove, pepper, carnation, Gillyflower, woody notes, powdery notes and sweet notes. I won a decant of Vitriol d’oeillet in a giveaway on Ines’ blog (All I am – a redhead). Carnation – check! Woody notes – check! Sweet notes (whatever it means) – check. Altogether… it’s a nice and calm (despite the name) carnation perfume that I wish had a better longevity. I like it and wear sometimes but I do not see myself going beyond a bigger decant that I bought recently.

Terracotta Voile d’Ete by Guerlain – created in 1999 by Jean-Paul Guerlain and Mathilde Laurent, notes include bergamot, jasmine, mint, carnation, heliotrope, lily, pear, rose, iris root, vanilla and ylang-ylang. Lovely Tara (Olfactoria’s Travels) sent me a generous sample of this perfume. Terracotta Voile d’Ete is a warm and spicy perfume with a prominent carnation note. It’s not as transparent as Vitriol d’oeillet and has a much better tenacity. I like it as a scent but I’m not sure if I want to wear this perfume.

Eau Eternelle by Poncet – created in 2011, notes include grapefruit, jasmine, lemon, mandarin, petit grain, carnation, lavender, pink lotus, rosemary, water lily, clove, guaiac wood, moss, patchouli and sandalwood. Eau Eternelle is one of those perfumes with which I feel puzzled comparing the notes list to what I smell. The first second after the application I smell an interesting floral burst but really for just a second. Then – a relatively boring scent. Some lily, some carnation… It’s never unpleasant, just completely unremarkable and not memorable. Did it really require all those ingredients to create this?!

Oeillets Rouge by DSH Perfumes – created by Dawn Spencer Hurwitz, notes include bergamot, green peppercorn, nutmeg, beeswax, carnation, amber, ambergris, myrrh and vanilla. My sample came from Joanne (Redolent of Spices). Oeillets Rouge is a very believable carnation scent. I liked it when I tested it first but now it smells to me as a prototype, a pencil draw for the perfume I describe next.

Euphorisme d’Opium by DSH Perfumes  – created in 2012 by Dawn Spencer Hurwitz as a part of the Tribute to YSL collection, notes include aldehydes, bay leaf, bitter orange, mandarin, peach, pimento, pink pepper, Bulgarian rose, carnation, cinnamon, clove, amber, Atlas cedarwood, benzoin (styrax), civet, incense, Indian patchouli, musk, myrrh and vanilla. Don’t let that plethora of notes confuse you: this is a carnation-centered perfume. Too bad that “pissed-off carnation” name had been already taken: in my opinion, it would have suited this fragrance much better than Serge Lutens’ one. I sample it from a dab vial sent to me by the perfumer and thought it was a very powerful perfume. I’m not sure I could stand it sprayed – this is how intense it is. I’m still testing Euphorisme d’Opium trying to figure out if I should go for a bottle of it – while it’s still available.

I tried Bellodgia by Caron but either my sample is too… vintage or my nose isn’t trained enough but I’m not getting a carnation from it. 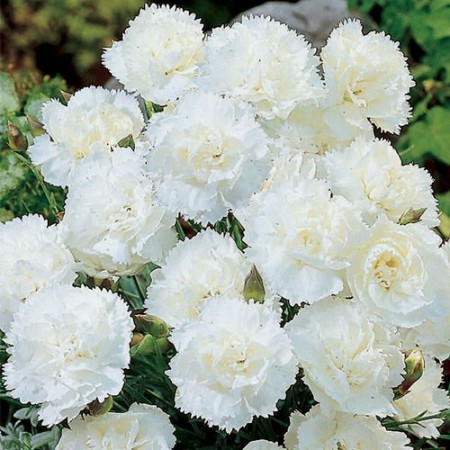 Images: not a single one is mine, I found them all through a search engine but I can’t find proper attribution.

51 thoughts on “In the Search for the Perfect Carnation”