I was a teenager; she was a beautiful young woman. I was staying at her house as a guest. I think she didn’t like me much (it’s complicated) and I admired her. One night as we were dressing up for a birthday party she kindly allowed me to use her makeup and even let me spray one of her French perfumes. All dressed up and smelling wonderfully, I felt myself all grown-up and irresistible.

Several years later I found and bought Isa by Ulric de Varens. By that time I already owned several perfumes including my all-time favorite Climat by Lancôme (in the same post you’ll find the explanation of the “French perfume” term I used above) but Isa found its place in my fragrance wardrobe and I wore it on and off for several years.

When a couple of years ago I remembered about Isa and tried to look for it online I discovered that it wasn’t easily available. I read mentions of it here and there but nobody was selling it. Luckily for me I didn’t know then the perfumer’s name (Jacques Saint Pres) or I could have ended up paying $180 for it. Eventually I came across Ulric de Varens’ website and an online store. Too bad they weren’t shipping to anywhere outside France.

A year ago I asked my friend who was going on a car trip through Europe to look for Isa if he happens to visit any of drugstores in France (I assumed it was that type of a brand). He took it even further: he actually drove to France to go into a couple of stores. Not speaking French he managed to get help and find some perfumes from Ulric de Varens. No Isa though.

Two months ago I asked Suzanne of Eiderdown Press who was going to Paris (see her account for this trip – Paris, je t’aime) to help me with my quest. She tried. She drove to the address she got from the website and walked back and forth along the street – no store, just the Consulate of Oman. The further investigation revealed that by mistake she got their corporate mailing address instead of a store one. But it was too late.

Recently somebody in the Facebook Fragrance Friends group mentioned Suzan of Shop France, Inc. who, among other things like planning and organizing trips to Paris, does personal shopping there. She brings to the U.S. exclusive French perfumes that aren’t available here – Lutens, Guerlain, etc. And there was I asking for a $5 French drugstore brand… But two weeks later I got a package with a fragrant blast from the past (Thank you, Susan!).

Fragrantica for Isa by Ulric de Varens lists just floral notes, nutmeg and spices. That’s it. How does it smell? Unidentifiable floral notes. Unidentifiable spices. That’s it. Was it reformulated since I tried it last? I don’t know! It’s so synthetic that I’m sure no animal plant was harmed during its creation. But since packaging did change to worse (it’s a really cheap looking box, bottle and cap) I wouldn’t be surprised. On skin it doesn’t change much over the course of its life, its veeery long life (easily 12 hours and then some). 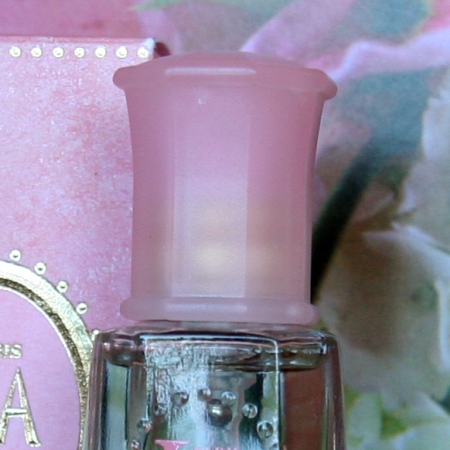 I’m glad I got it and I’m grateful to everybody who helped me to get this perfume that has a sentimental value to me. Will I wear it? I’m not sure. My vSO didn’t like it this time around; he thinks “it smells like soap”. I must have spoiled him with all those exclusive French perfumes…

17 thoughts on “Twice into the same river?”