I’m positive that even smartest of our feline companions (or even canine, for that matter) do not have a notion of birthdays and celebrations. So, I realize that Rusty is blissfully unaware of his age and surely isn’t expecting anything from us on that day. I mean, not more than he usually expects, daily.

But since we, humans, anthropomorphize, of course my vSO and I feel that we need to do something special for Rusty’s birthday, so again and again we’re trying to find him gifts. How do they call doing the same thing and expecting different results? Yeah, I know.

In almost 12 years I know our cat, he exhibited almost no interest in the cat toys bought at a store. We went through soft and crunchy and bouncy and… (you got the picture) toys with the same result: at best, Rusty would sniff it and, maybe, bat it once or twice – to never touch them again. In the worst cases – like an iPad-navigated running sphere promised to amuse your cat for hours – Rusty would be scared of it and try to hide every time we attempted to play with him.

I rarely react to ads, be that TV, radio or online pop-ups. I’m even less inclined to believe any of those infomercials promising you miracle devices that help you to lose weight, while growing hair and learning a new language. But somehow, I let my guard down while playing one of the games on my phone: they showed how enthusiastically cats played with that toy… And it was just $14.95… (clip below might take some time to load)

To be fair, Rusty might have played with it for longer, had they thought through the mechanics. In a couple of minutes, he figured out that he needed to catch the wire, not the bird. Besides, even if he catches the bird, once he pulls it, the stand falls, and it stops flying. There are stickers on the bottom to stick the base to… not sure, what to, but even if I could figure it out, the issue is that both an ON/OFF switch and the opening to change batteries are there, on the base. So, Rusty played with it a couple of times with my help to reposition it every time after falling, but then both of us got tired.

So, the only store-bought cat toy that manages to hold his attention for quite a while is a simple plastic spring. He went through 20+ of those. We do not know for sure what happens to them in the end: after a day or two of playing, we never see them again. I suspect that once we replace a refrigerator or a stove, we’ll find a plastic springs cemetery. Meanwhile, for this birthday I ordered for Rusty the next set of those springs. They are supposed to be delivered before Christmas – not that Rusty would care one way or the other.

Below is a collection of pictures of Rusty – one picture from every year of his life. But if you want more, just filter posts by the Category “Four legs good” to see all photos of Rusty that I used in the blog, as well as all the posts about the cat who keeps bringing endless joy to my and my vSO’s lives. 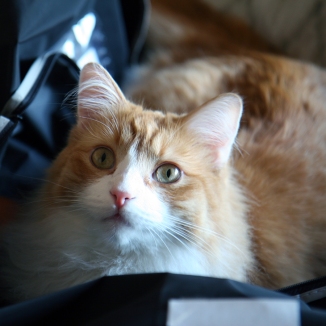 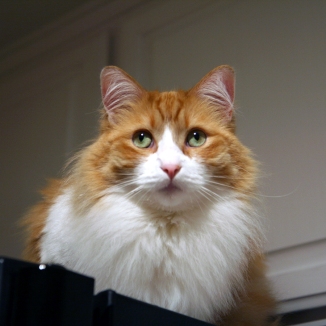 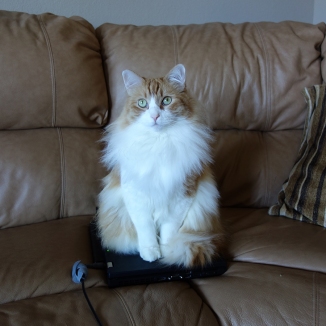 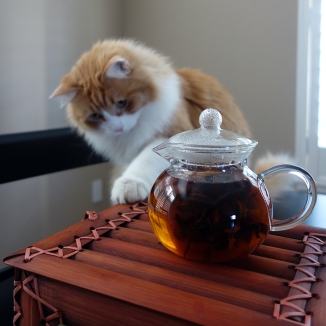 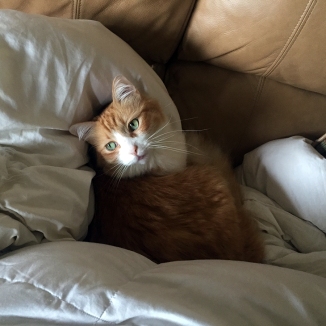 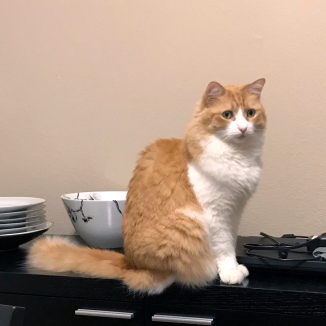 Happy Birthday to our Christmas cat and Merry Christmas to all my friends and readers who celebrate this holiday. 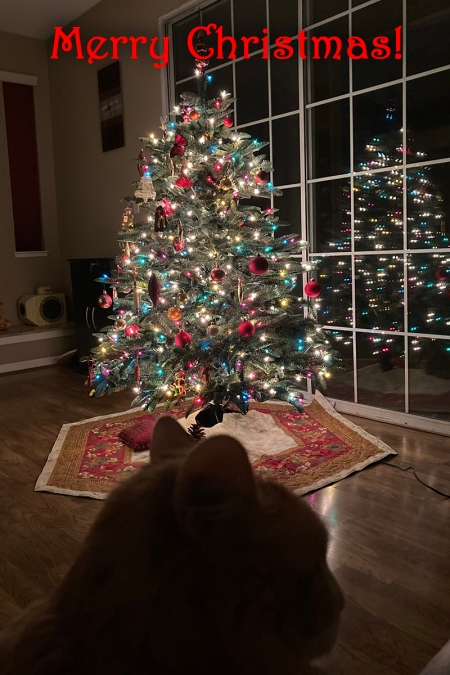