New Orleans seems to be one of those places to where everybody either always wanted to go or had been to and remembers it fondly. Somehow nobody I spoke about New Orleans had mentioned the local weather.

Neither my vSO nor I like hot weather. Hot and humid is even worse. So I’m not sure how it happened that we agreed to go with our friends to New Orleans mid-June. It just hadn’t crossed my mind to check in March when we planned the trip what to expect. Most likely, I wasn’t paying attention because the dates were set (our friends had an annual event to attend there, and we were just piggybacking on their special hotel rates). So for the six days we spent there it was above 30C/90F during the day, which put a strain on our ability to explore the city. But we did our best.

When arriving to a new city, nothing puts you at ease better than seeing a new security feature introduced by Uber… 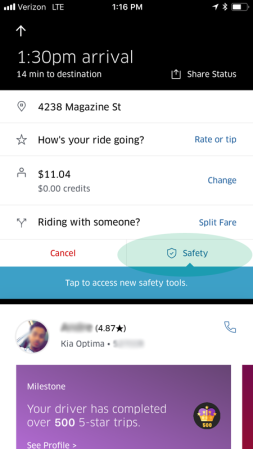 I swear: it wasn’t there several hours earlier when I used the app to get a ride to the airport in San Francisco! So, while I thought it was a clever idea, and whenever I used Uber before, I was always making sure to inform somebody where I was, I started questioning immediately how unsafe it was there that they felt like running the onboarding for the feature specifically on my first use of the service in New Orleans. But during the stay everything seemed to be quite safe, even though (or thanks to?) I’ve never remembered seeing that much of police presence on the streets anywhere else.

Food we had during our stay in New Orleans was good. I wouldn’t say it was spectacular but it was good. Expensive but good. We even found a place that served an afternoon tea. What pleasantly surprised me was that practically all cocktails we had in different places were well made, which I cannot say about many restaurants around where we live. Looking back, the day was broken into small chunks of doing something else in between finding ourselves at the next café or restaurant – to cool off while eating or drinking something. 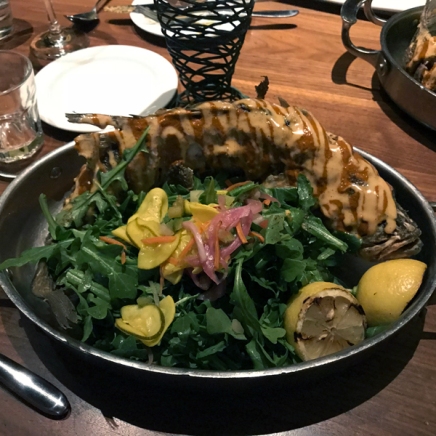 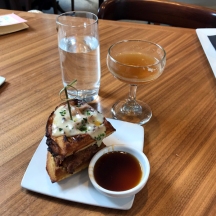 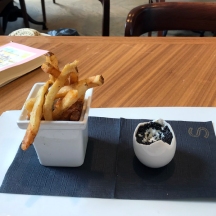 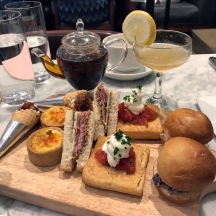 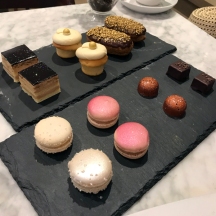 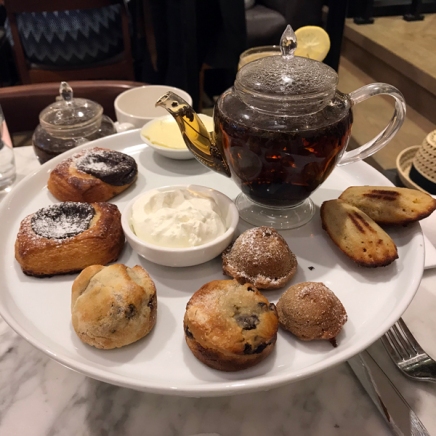 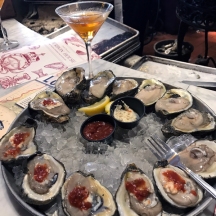 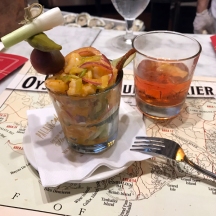 Recommendations we got from friends and colleagues were food (everyone started with food!), swamps (it was too hot to attempt that), a couple of museums (did that) and music events. We were too busy before the trip to research where we’d like to go, and it was a mistake. The first night in New Orleans a group of us went to some jazz club for a drink and some music. Drinks were fine. Music… Some people just do not understand that “improvisation” doesn’t mean producing random sounds with a saxophone. For the next 6 days, as we were coming across different musicians on the street or at different venues – be those marching or seating bands or even lonely drummers, I kept saying: “Even that is better than what we heard the first night!” 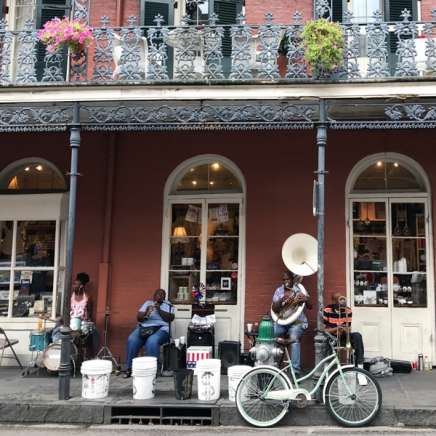 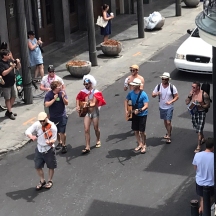 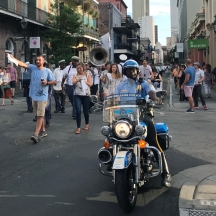 I get easily bored at museums: there’s that fine line between keeping me interested for 2-3 hours and making me yawn in 15 minutes, and I rarely can predict the way it would go with one museum or the other. But since it was very hot outside, Louisiana State Museum seemed like a good alternative to just returning to the hotel room and trying to watch Netflix streaming of some next show episode.

It wasn’t the most interesting or entertaining exhibition but it had its moments, so I cannot really complain about it (it was much better than numerous museums I’ve visited in different parts of the world before). But one stand captured my attention, and I spent probably more than 5 minutes in front of it. 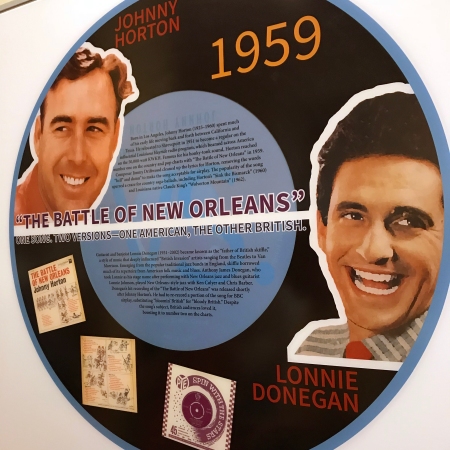 I did read the text (and you can too if you open the picture: I purposefully didn’t resize it); but what attracted me the most, were two telephone handsets (wired) that you could use to listen to the same song – The Battle of New Orleans – performed by Johnny Horton and Lonnie Donegan. I still can’t say which one I like more. Can you?

Audubon Butterfly Garden and Insectarium wasn’t something that anyone had recommended but one night while walking around our hotel we came across a bright lit window with live butterflies, got curious and came back the next day. I have no idea how it came to that, but this museum, the largest free-standing American museum dedicated to insects, is located at the U.S. Custom House Federal Building. The security measures to get into this museum were stricter than those we went through at the airport. But I really enjoyed the exposition. We all probably read about mimicry and saw some nature documentary about it on TV, but when you see up-close insects that resemble flowers (Orchid mantis) or leaves (Dead Leaf mantis or walking leaf Phylliidae) it is very impressive. (Can you spot all of them on the pictures below?) And butterflies that just float all around you and sit on any available surface (including you) were just beautiful. 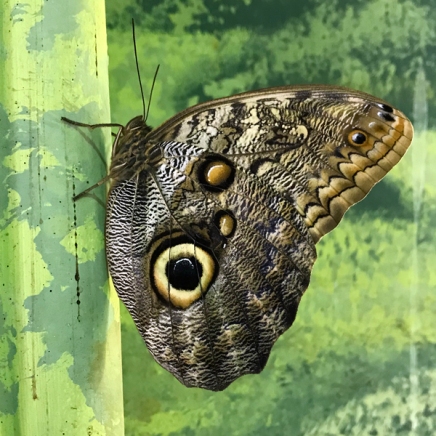 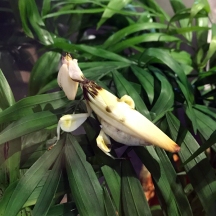 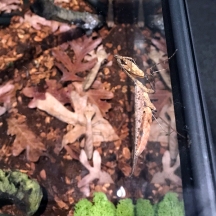 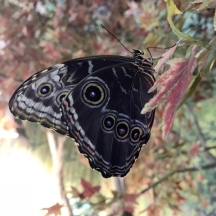 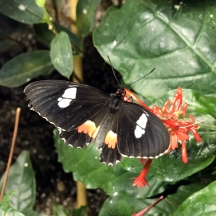 Even while on the best vacation, we miss Rusty a lot. I wish he could travel with us. But I doubt either one of us would enjoy it. So he usually gets a cat sitter to keep him company. And while we were getting the “proof of life” as I called those daily pictures that a cat sitter was sending us, we kept coming across New Orleans cats everywhere – on the street (either sleeping in shadow or even walking on a leash), in the store (in an eyewear shop Art & Eyes where we went because our friend wanted to get a new frame, we met Hamilton, a store cat; another one we saw sleeping on a half-finished carpet still on a loom), or on pictures and prints sold at the art fair on Frenchman street (I couldn’t pass that orange cat print – so now it hangs over my Zen Garden in the office). 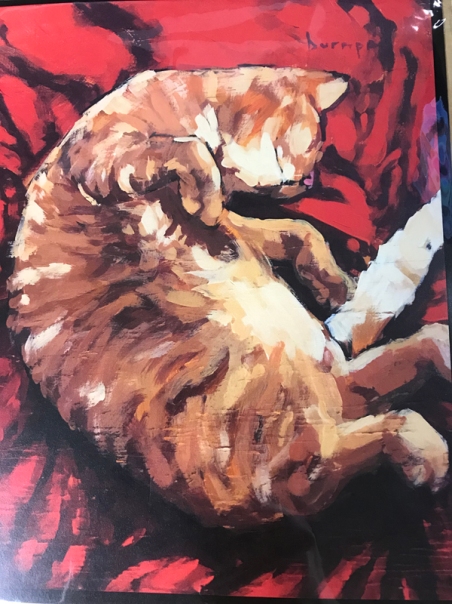 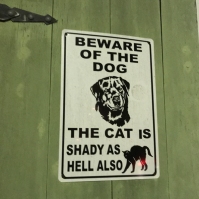 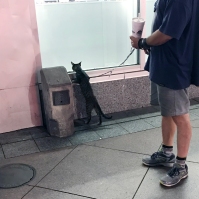 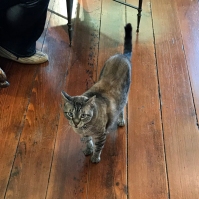 I plan to do the next post focusing on perfumes I discovered while in New Orleans: it won’t make them justice to cram them in the end of a long post. But since it’s a perfume blog, I cannot not to touch on the subject completely (and it wouldn’t be true to the story since perfumes do play an important role in my life).

Since I knew it would be hot and humid, I brought with me perfumes that I thought would work well in that weather. And all of them were great and added to positive side of the trip. But the one that stood out was Byredo Bal D’Afrique.

Before falling in love with it, I tried it several times. The issue was that two samples that I got from friends earlier stayed neglected in the pile “to test” until they went off leaving rather unpleasant impression and regret about wasted skin “real estate” once I finally got to test them. And then I got a fresh sample – and it was a completely different story.

Even then I, being me, did not go for a bottle but instead bought a decant from one of the split groups on FB. Partially it’s explained by the fact that I think that Byredo’s minimalistic bottle and packaging design doesn’t suit this perfume. Those clean lines, good for the tender La Tulipe, seem wrong for this bright and sexy perfume.

I do not see myself wearing it too often since most of my life goes at work, and Bal D’Afrique is not even remotely office-friendly, but it is an extremely interesting oriental woody perfume that should work equally well both in the dead of winter and on a tropical vacation. It seems like a truly unisex perfume but not one of those anemic citrus-y numbers that can be considered as such just because none of genders would claim the ownership, but rather a bold statement that perfectly fits anyone who wants to wear it. 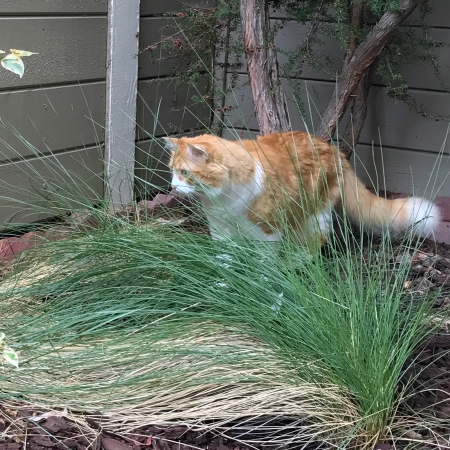 Since my decant of Bal D’Afrique isn’t too picturesque, and I do not have any Africa-inspired or related items to make a nice shot, I decided to illustrate it with the photo of Rusty on my backyard (à la African Savanna stroll).

32 thoughts on “The Big Easy: Food, Music, Cats and Perfumes”