Recently I read an article in NY Times “Aging Parents With Lots of Stuff, and Children Who Don’t Want It”

As baby boomers grow older, the volume of unwanted keepsakes and family heirlooms is poised to grow — along with the number of delicate conversations about what to do with them. […] As […] older adults start moving to smaller dwellings, assisted living facilities or retirement homes, they and their kin will have to part with household possessions that the heirs simply don’t want.

This reminded me of how things were in my childhood.

I suspect that life was better in large cities than in more provincial towns or rural areas, but I can speak only about what I saw or experienced: I lived in a large city.

There wasn’t poverty around: you could buy food, clothes and other products one needed for the day-to-day life. But almost everything was not of the best quality, and even that you had to “procure” – spending hours in lines to buy something, moving from one store to another in hope to catch a delivery (of very limited quantities of goods), or “knowing” people who could “get” something for you – either in exchange for favors or for extra money. Demand always exceeded supply, so everybody was on a constant hunt for something. Official prices for small items weren’t extremely high but anything bigger or better required months or even years of savings.

Because of all that, most clothes and household items were used for decades. And even when our parents or grandparents managed to obtain something newer and better, they would usually save that for special occasions or a rainy day.

Nicer china, stemware and flatware were used 2-3 times a year for very special occasions with guests while in everyday life families kept using odd items from previous decades – chipped, discolored, missing parts and their set “relatives” but still perfectly usable. But at least those “special” sets got some use. It was worse when it came to towels and bed linens: while old sets were used until you could see through them (and sometimes beyond that), the new ones stayed in dressers for decades waiting for weddings, funerals or some very important guests. So usually it was the next generation who would get to use something that stayed new for a decade or two.

By the time I grew up, the old life came to a sudden halt: within one year inflation ate up our parents’ life savings; fresh out of university and working for a private company, I was making 5 times more than highly educated and experienced people of my parents’ generation who worked for government-owned enterprises; and goods that flooded the market were … awful if you look back from today but so much better than everything that the older generation was saving carefully hoping to pass onto us one day.

We moved to the U.S. with two suitcases leaving behind most of the things we got passed on from a couple of generations. 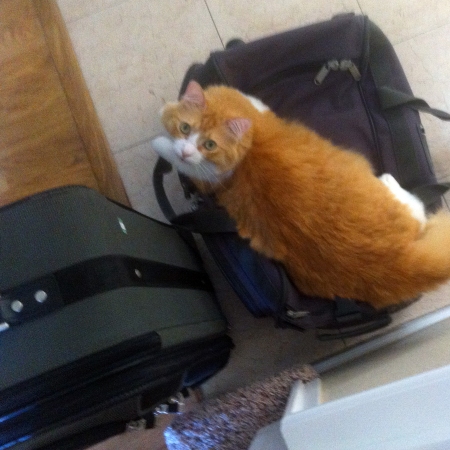 Many years later, I have “dress up” clothes but my daily outfits are nice as well (because I can afford it, which wasn’t the case for many people back in my childhood years). I have special dinnerware but I try to use it more often – for evenings with friends or even for more special dinners just with my vSO.

I also have many “special occasions” perfumes. A couple of them were designated as such: since I love them very much, I prefer to wear them for celebrations. But I’m talking not about these few.

When I started my current job, I became more perfume-conscious because in a smaller office I have a couple of people who [think they] have sensitivity to perfumes. I started using less and lighter sprays but would still get (very polite) complaints from time to time.

And recently I realized that I’ve changed not only my office environment but also my perfume habits and wardrobe. For years I had “daywear” (aka “office friendly”) and “dress-up” perfumes, and I wore those according to their designations. Daywear perfumes were light, pleasant and non-intrusive while perfumes that I wore away from the office were much more dramatic. But over time I accumulated too many perfumes that I put into that latter category, since those perfumes attract me the most. And when a large part of your perfume wardrobe consists of not-so-office-friendly perfumes, you end up wearing them more and more often. So, if to think about it, it’s surprising that co-workers do not object more often.

A year or so into my trip down the rabbit hole I was concerned that my testing got out of control pushing me to test new perfumes instead of wearing those that I already had. Back then I made a resolution to wear my favorite perfumes at least three times a week. With the collection growing, I quickly came to the schedule where I would wear perfumes from my collection during work days reserving evening and weekends to testing. But now, I think, I’m ready to the next step: I decided that I will be wearing numerous “safe-for-work” perfumes to the office and will make a conscious attempt to wear my “special” perfumes in evenings and on weekends, even if I’m stuck at home doing mundane chores.

What special things do you own that could use … some use?

Images: my own (and before you ask, those are not the suitcases we arrived with; and I do not own that Guerlain bottle)

New Saturday Question post on my blog: What Do You Think About “Unusual” Perfume Colors?