November this year was uncharacteristically warm (average high was 65F/18C) and still very dry (we’ve got only two rainy days). Work-wise it was the craziest month this year so the testing rate fell below one perfume per day. On a couple of occasions I even skipped wearing a perfume, which is very unusual for me. And I didn’t test almost anything new, which upsets me a little.

I’m trying to switch to the “winter mode” and start wearing ambers that I enjoyed so much before but because of the temperature outside most of them still feel wrong and I regret putting them on a minute after the application. But maybe in December it’ll start feeling right?

* Perfume houses I both wore and tested the most: Diptyque (I tested Volutes before making the final decision to get a bottle and then wore it a couple of times while writing a post about it);

So since not much was happening in my life perfume-wise, in the above-mentioned post I turned to my readers for the data on their perfume acquiring habits. The question was:

Have you ever bought a full bottle of perfume on the spot, the same day you smelled it for the first time?

As I found out, I was almost the only one who has never done that so far. “Almost” – because I abused my power as a pollster and declared Lucas’ answer as No though it was a close call. The other seventeen (17) respondents said Yes (“and more than once” was a general sentiment). So instead of charting that impressive 2/17 ratio, I’ll leave you with that picture from the times when we were still having rains and my hope that there will be rain soon and that one day I’ll leave a very nice shop in a very romantic place with a very special bottle of perfume. 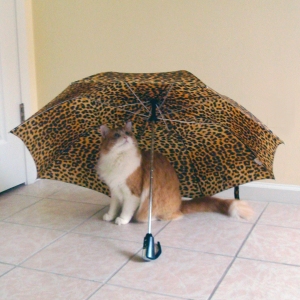 1 When I wear a perfume I apply it to at least three-four points and usually I plan to spend at least 4-8 hours with the same scent so I’m prepared to re-apply if the original application wears off.

2 For the testing I apply a perfume to one area on my arms easily available for the repetitive sniffing. But, most likely, I’m the only one who can smell it. I can test two, sometimes even more perfumes at the same time.