It was a warm and extremely windy week that I would have enjoyed if it weren’t for my back that acted up and was absorbing all my strength and time. And as soon as my back got slightly better my neck has decided it was a good time to become a prima donna.

I’m not done with my weekly reading (it’s very annoying but I can’t even read for too long since it hurts) but since I was collecting posts that created lemmings, made me laugh or reviewed perfumes I love, I decided to publish it while I still can. I might lie low for a while – to let my body heal. But when I can, I’ll catch up on the reading your posts. 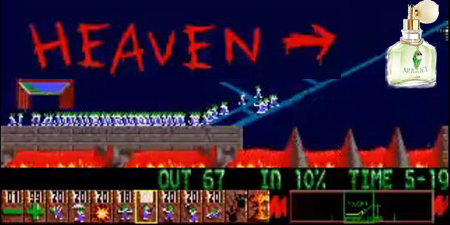 Civava (Parfumista’s Diary) published the first review for the upcoming Neela Vermeire‘s new perfume Ashoka: My first impression was that this is strange and so different from all other perfumes in Neela’s collection. But very quickly fig milk and more flowery notes emerged. It is lactonic and with skin (at least mine) gets very nice. I wouldn’t say gourmand, because there is not enough sweetness and other spicy elements. I look forward to trying it when it comes out in autumn.1.

Blacknall (aperfumeblog by Blacknall Allen): I remember vividly that Sister once caught me by breaking her routine and moving diagonally across the classroom to make a casual inquiry about a compound-complex sentence while I had a mouthful of the things. When her queries about the main verb went unanswered she swiped me upside the head and I spewed black spit all over the desk top.  I don’t believe either of us ever really lived it down.

Kafka (Kafkaesque): There is a certain chilly coolness to the elegance. While Puredistance’s founder, Jan Ewoud Vos, feels the perfume evokes his mother (whose name is Antonia), to me, it conjures up a beautiful, slightly haughty, aristocratic European socialite from the early part of the 20th century, languidly lounging in a stunning dress. Here’s my Shahrazad’s tale for this perfume.

Kafka (Kafkaesque) also reviews my favorite Tom Ford‘s perfume – Arabian Wood: By the start of the second hour, the perfume is truly pretty. The sandalwood has joined the party on the forest floor. It’s beautifully creamy, and its richness feels very much like the real thing, not a synthetic version. Together with that velvety patchouli, it’s a strong backbone for much of the perfume’s remaining development.