I have had a very exciting week: after my post, in which I talked about how green and I don’t always get along in perfume, Portia sent me 11 numbered samples of some of his favourite greens. I tested two a day and journaled my immediate feelings and impressions. When I began, I had no intention of trying to guess what they were, but the allure of numbered mystery vials was too much for my brain. Often an immediate association came to mind, whether fragrance or house. Some might find this useful, and though none of my speculations were correct, I think you could take them as “in the style of” recommendations.

And now, to the perfumes!

A lovely melon note under fresh green spiciness. Ma Griffe? Something of that era. Very gentle, reminds me of humid spring day. And I love humidity.

Peau d’Ailleurs by Starck (2016, Annick Menardo). I had never heard of this house, but I’m looking forward to wearing my sample again, as apparently it features geosmin heavily. Perhaps that was the humidity?

While it begins light and crisp, the drydown is potent and long-lasting. Quite stiff and proper though sweet. Too high pitched for me, but a crowd pleaser, I suspect. O de Lancome-esque.

Sampaquita by Ormonde Jayne (2004, Geza Schoen). Oh my! I have tried to like this so many times due to its name and being on sale rather often. I’ve always found Ormonde Jayne to be too proper for me, I like them, but I feel I cannot love them. And no, I don’t just like the wild ones, but my proper quota has been fulfilled by quite a few classics. I’d recommend Ormonde Jayne as a house to others, but it seems we are not to be.

Sweet like a green apple. Fruity, galbanum on a pillow of musk. It reminds me of Fidji, or rather my image of Fidji, which I haven’t smelled in 15 years. Very charming and young, the youth of another era before the invention of fruitchoulis.

A Scent by Issey Miyake (2009, Daphne Bugey). I remember trying this when it came out as the bottle was so appealingly minimalist. I liked it, but having little interest in greens or fresh at that point (I was deep into gothic orientals) a quick spray was as far as we went. Now I’m thinking this is a fun one to keep an eye out for, if it is still around.

I feel this one is thoroughly modern and playing homage to vintage. There’s a definite touch of cumin in there under the mossy forest floor. I would like very much to wear this scent, it has many secret qualities that appeal to my imagination.

Eau de Gloire by Parfum d’Empire (2003, Marc-Antoine Corticchiato). And straight to the top of the want list this goes! I would like to carry Eau de Gloire in my purse, always at the ready to secretly bolster the day. This was one of two standout favourites during my magical greenery tour. I was so enthralled with it that I emailed Portia begging to know what it was, but he held out until I had sampled everything!

Futur by Robert Piguet (1960, presumably reformulated since then; Aurelien Guichard). It was a little sweeter than No. 19, but if you’re a No 19 fan you might like to spend some time with this one to see if you also love it.

A tart fuzzy green with a touch of heliotrope to begin with. I immediately thought “Zoologist”, though not one I’ve smelled. Strong black tea. Smoke. Absolutely charming and interesting, reminds me of a great reading experience. 6 is the stand-out for me, it’s just so drinkable and fine. It made me a little emotional, the play of tea and fruit and smoke.

Eau de Givenchy, vintage (1980, Daniel Moliere and Daniel Hoffman). This was my favourite of the whole collection. I absolutely loved it. Looking up reviews, there’s a lot of talk about “a perfect spring day” and no talk of tea and tartness. Perhaps trying things without reading about them first has a lot of merit. This one I tested for two days. 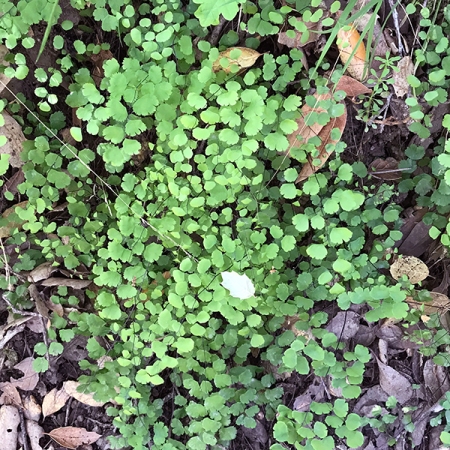 A vile and antiseptic concoction infiltrated by sweaty cumin. A sweetness develops. By the drydown, it’s quite rich and acceptable. Amouage?

#2 Spiritus/Land by Miller et Bertaux (2006). I had quite a visceral dislike for this, but by the drydown it had mellowed into a well thought out fragrance, but not something I enjoyed. I see it has teak in it, which may contribute to my antiseptic response. Amouage and I have a troubled relationship, but one factor that brought Amouage to mind with Spiritus/Land was the high quality of the ingredients.

Oh my! I want to say Cristalle, or rather the fantasy of Cristalle that I had when I began my perfume journey. It’s luminous! It reminds me of a beautiful yellow wine. I’m wondering why I don’t have whatever this is in my collection!

Cœur de Vétiver Sacré by L’Artisan Parfumeur (2010, Karine Vinchon-Spehn). One of the few L’Artisans I have not tried and yet another reason to adore the early L’Artisans, full of quirky masterpieces. I will be tracking down this sadly discontinued wonder to join my L’Artisan beloveds. I am quite thrilled to have tried this beauty, since it has always been on my radar as a L’Artisan I had missed out on.

Tzora by Anat Fritz (2012, Geza Schoen). Well, isn’t that interesting. I was very careful during our green tour to only test two a day and not confuse my nose. I wore nothing else. Being in lockdown helped, as there are no other scents in the air, and the mood and temperature plodded on at a steady sameness. I’ve tried Tzora before, and I own Guerlain Vetiver. I ended up testing both side by side. Other than Tzora being a little richer and missing that delicate nutmeg, they were so close I thought it was my imagination that they were even different scents.

Minty. Camphor. Sugar. Heeley Esprit du Tiger? It’s lovely, I could bathe in it! It is sugared in the most delicate and lovely way.

Oriental Mint by Phaedon (2011, Pierre Guillaume). This features “resins”, which, I suspect, is where the tiger balm accord comes in. I think it’s better than the Esprit du Tiger, not as simple. A very fun scent! I could see this being a bottle I wore excessively for a summer.

I have spent some hours thinking on what this reminds me of. Lovely lemon, very fresh and bright to begin with. It then magically develops into a delicious sherbet! It’s as if a gelato maker sniffed the orchard air and rushed to capture the wonderful citrus and springtime scent in a gelato. I think this is a Hermetica, it feels like Hermetica DNA.

Granville by Dior (2010, Francoise Demachy). Oh my, how fantastic this is. I hope you all are able to try Granville, especially if you love lemon. Vividly natural ingredients.

And so we end our magical greenery tour. Through the testing phase and the reveal, I’ve been inspired, besotted, perplexed and gobsmacked. It has been a very enjoyable journey during this time of no travel (one of perfume’s secret powers). Thank you, Portia, for your samples and your wonderful enthusiasm to share your loves.