Mid Seasons are my favourites. I love the less extreme temperatures and the chopping and changing. Whether it’s Spring or Autumn, the days play similarly, and I find the same set of fragrances can often get some play. One day hot, next day cloudy, sunshiny days and chilly nights happen in both seasons. It does mean our easy reach fragrances need to be able to fit into more than a single weather mood. So I have a bunch of perfumes each year that are able to cross the borders comfortably. I pop them on the easy access tray with some all-year contenders. This year looks like it’s going to be fun. 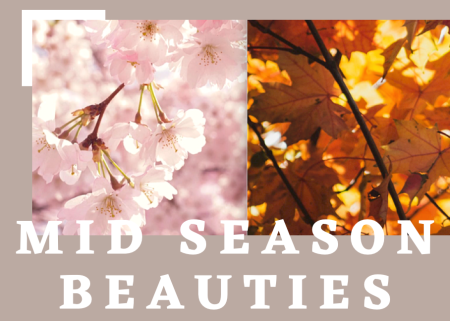 It’s funny that we’ve just been talking Sample Sets here on ULG. Though Autoportrait is a recent acquisition from a mate’s Sale Doc on FB, I have quietly longed for a bottle since buying one of the three scent sample sets when Olfactive Studio first came out. Chamber Noire joined my collection almost immediately, and I have never got around to buying this. It often sat in a cart; it never made it to checkout.

A delightful opening of tart citrus which quickly smooths out with the resins and cool incense. I’m surprised that the dry rasp of pepper and the spicy fizz of ginger aren’t featured notes. Maybe it’s early pointers towards the vetiver and cedar in the base, but that doesn’t seem quite what I’m smelling. I love that Autoportrait seems sheer and ethereal but is actually quite potent and gives excellent sillage. 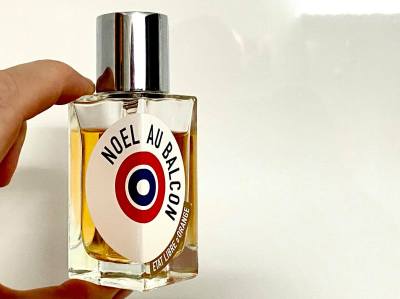 Another relative newcomer to my collection, bought from a different friend’s Sale Doc on FB. Most of this bottle’s use was hers, but it’s definitely seeing skin time here too. Done in the naughties radiant fragrance style, how does this not have a bunch of white flowers? Really, it wears on me like honeyed white flowers and vanilla over a thick and rich laundry musk. Even that is overstating what I can actually smell as separate notes. Etat Libre d’Orange‘s Noel au Balcon is its own smell, a melange, very of its time but a lovely version. Comfortable in all weathers and beautiful without being distracting. 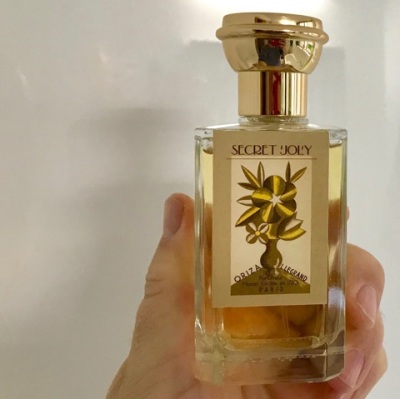 Jasmine, hyacinth and a slightly putrid gardenia (like they are in life sometimes) over a very French animal base drizzled with honey and resins. Secret Joly is definitely based on memories of early/mid 20th century fragrance as it started to become mass market prestige. Maybe even a hint of later drug store offerings. Secret Joly feels like a yearning scent, towards or remembering summer. Oriza Legrand has such a diverse portfolio, all historically based, but lavish in a way so few houses are doing now.

I remember when Stash Unspoken came out. After the huge hype train and critical acclaim of the original Stash, the expectation was high. Sadly, it didn’t reach the exalted, hoped for heights and was panned almost universally. Personally, I think it’s unfair, but Coty should know better. Why couldn’t they just have named it Unspoken? It’s a very pretty fragrance. Quite like Burberry Brit if you replace the pear and almond with quince and tonka: still warm, nutty and sweet but less ladylike and more fun. I think Stash Unspoken is the more interesting release. I love and wear them both, so it’s not favouritism. Brit seems more syrupy, Unspoken darker and grittier, more unisex. It smells like it has some of that ubiquitous woody niche base swirling around down the bottom. Quite a surprise in a cheaper celeb scent.

Sweet, spicy, smoky tea. What more can I say? A masterpiece of fragrant light and shade, cold and warm. Tea for Two is one of L’Artisan‘s heftier releases, with excellent longevity and sillage. This bottle was a gift from the crew at Beauty Habit while on the ScentSation Bus Tour in LA 2013. You can see there’s nearly 1/3 air in my 100ml bottle. It gets some wear around here in the mid seasons because it fits so perfectly with heat and cool, and always smells perfect. This weekend I wore it for Now Smell This Citrus and Smoke Friday Project.

The dry rasp of torn grass and leaf opens this fragrance, slightly bitter green. It’s so refreshing, in an olfactory sense, unexpected, rich, beautiful and cleansing. Through its life the changes and growth are phenomenal. The cool, earthy, mildly carroty iris wafts through, and then the resins and warm amber takes us home to dry down. All through though, the vetiver reigns supreme. One of the only vetiver fragrances that doesn’t lean salty on me.

For many years I wondered about this fragrance, I don’t know why, but it only got a couple of department store sniffs. Recently someone on a FB frag page told me I must retry it. I did. REVELATION: Vetiver Oriental is perfection. Bottle immediately ordered. I wonder if the modern version is different? Could the change have worked in my favour?

What have you brought out on your easy reach tray or shelf for mid season wear?