It was a very sunny and warm week. It was almost wrong to feel that good about the weather when Nature was that cruel on the other side of the country. I really hope that lives of my family, friends and everybody else get back to normal as soon as possible.

Somehow not a single lemming showed up as I was reading this week’s posts. Probably they got scared by weather and Halloween. But there was a chuckle or two and a lot of love (I kept singing “All you need is love, love, love…” as I was collecting posts for this round-up). 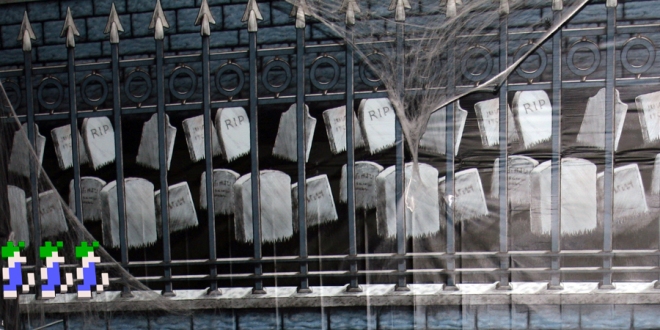 Sigrun (Riktig Parfym) offers an unexpected take on 1740 Marquis de Sade by Histoires de Parfums. I do not want to spoil a joke so I won’t quote anything here but I strongly recommend to go and read it.

Blacknall Allen (aperfumeblog by Blacknall Allen): Well, same thing here. I do not want a brainy perfume. I want a beautiful one that is charming, and can make me smile.  So I wear the sole de Nicolai that does that, and ignore the rest.  They can go to my book club meeting for me. No doubt they’ve already read and discussed the book.

Portia (AustralianPerfumeJunkies) reviews one of my absolute loves – Chanel No 19: It is green, crisp and powdery to open and though it has a lovely bouquet of flowers that used in most fragrances would be flirty, lively and bold here they are pretty and fresh but they are restrained because of choice.

Steve (The Scented Hound), while reviewing one of my favorite perfumes Ambre Fetiche by Annick Goutal, has created a new mythical creature – a bearlamb: It’s amber wrapped up in air that was let out of an old tire.  It’s strong and very heavy and plastic and more plastic on top of a spiced and smoked amber.  I can’t say the opening is pleasurable because a little goes a long way.  Just a couple of spritzes managed to clog my throat as it coated and choked me a bit.  It’s not until the drydown takes place that this really becomes special. In the end you’re left with a warm blanket of amber tinged with what to me is almost like hints of brown sugar topped with a light vanilla incense.

Liam (Personal Odour) describes my favorite Vetiver Tonka by Hermes really close to how I feel about this perfume: What sets Vetiver Tonka apart from Ellena’s other creations is its almost sickly nature. Where the vetiver comes through as typically green (it’s not a smokey take on the Indian grass roots), it’s counterbalanced by the edible lusciousness of tonka, those seeds that are intensely sweet like vanilla, cinnamon and sugar.

Suzanna (Bois de Jasmin) reviews Mohur by Neela Vermeire Creations: From the notes, Mohur sounded monumental, a veritable Taj Majal of showpiece ingredients, so its lived-in texture and subtle nuances surprised me.  I have tried attars that were unreachable in their fungal qualities, so strange to my Western nose but so common in the Arabian market. It has taken me a few years to appreciate oud and how wonderfully well the note can be used to anchor a composition. I linked to my own story about all three perfumes from the line so many times that I think everybody has read it (but if no, it isn’t hard to find – so no link).

Thierry Mugler celebrates the 20th anniversary of Angel: I shared my Angel memory (Angel of Jealousy) to win a trip (not that it ever happens but I have at least to buy a lottery ticket, right?) Vote for me!